The Full Court of the Federal Court of Australia recently considered the reasonable trial grace period in Fuchs Lubricants (Australasia) Pty Ltd v Quaker Chemical (Australiasia) Pty Ltd,[1] unanimously concluding that two patents owned by Quaker were invalid, and overturning the first instance decision of Robertson J.[2]  In this case, the Full Court dealt with the statutory construction of the grace period provisions relating to ‘reasonable trial’ under s 24(1)(a) of the Patents Act 1990 (Cth) and reg 2.2(2)(d) of the Patents Regulations 1991 (Cth) – as they were before the relevant ‘Raising the Bar’ (RTB) amendments commenced in 2013.

The Patents Act 1990 (Cth) provides various grace periods that, under certain circumstances, prevent a patent from being invalidated by public disclosures of the patentee (or predecessor in title, e.g., an inventor) for want of novelty or inventive step.  Perhaps most often relied on is the grace period that applies where a complete application (i.e., not a provisional) is filed within 12 months of a disclosure by the patentee or their predecessor in title.[3]  Less frequently considered is the ‘reasonable trial’ grace period that can apply up to 12 months prior to filing a provisional application, which can be followed by a complete application 12 months later.[4]  Thus, it may be possible to patent an invention disclosed up to 2 years before a complete application is filed – under certain narrow circumstances considered in this case.

The Full Court did not delve into the meaning of a ‘reasonable trial’, but focussed on the requirement that information be made publicly available through the working in public of the invention for the reasonable trial grace period to be engaged.  This decision confirms that the reasonable trial grace period is likely to apply only in a narrow set of circumstances, and will not prevent public disclosures susceptible to an obligation of confidence from destroying the novelty or inventiveness of an invention.

Quaker (the patentee) and Fuchs (the alleged infringer) compete in the supply of industrial fluids to mine operators.  These industrial fluids are often kept under very high pressure in mining machinery.  Due to the very high pressure, fine streams of the fluid can escape from machinery and inject themselves into the body of a person.  Fluid injection injuries are often difficult to recognise at first, because they do not always cause immediate pain.  However, if not rapidly treated they can cause serious damage.

On 2 September 2011 Quaker filed a provisional patent application for a method for detecting fluid injection in a patient.  The claimed method involved adding a fluorescent dye to an industrial fluid, such that fluid injected into a person can be identified using UV/blue light.  The relevant patents, a standard patent and an innovation patent, both claimed priority to this provisional application.

In 2016, Quaker commenced infringement proceedings against Fuchs in relation to Fuchs’ supply of hydraulic fluids containing fluorescent dye to a number of customers.  In turn, Fuchs alleged that Quaker’s patents were invalid on a range of grounds.  At first instance, Robertson found that the patents were valid and infringed by Fuchs.[5]

Fuchs’ appeal turned on whether the claims lacked novelty due to public disclosures made by the inventor Mr Thomas before any patent applications were filed.  The disclosures occurred just under a year before the priority date, and each disclosed all integers of the patent claims.

The public disclosures arose in the following way.  In about September–October 2010, Mr Thompson conceived the idea of using dyes in hydraulic fluid to enable detection of fluid injection injuries.  He considered it would be necessary to conduct trials and experiments using hydraulic fluid in real operational mining equipment, so approached the engineering manager of Peabody Energy Australia Pty Ltd, which operated the Metropolitan mine in NSW.  Mr Thompson explained his proposed method (i.e., the invention) and discussed the possibility of running trials and experiments at the Metropolitan mine.  A further disclosure occurred about a month later when, in the carpark of the Metropolitan mine, Mr Thompson demonstrated his invention to two Peabody managers.  Quaker did not establish that these disclosures were confidential.

Quaker claimed these disclosures were protected from anticipating its claims by virtue of the grace period found in s 24(1)(a) and reg 2.2(2)(d) of the pre-RTB Act and Regulations.

(1)        For the purpose of deciding whether an invention is novel or involves an inventive step or an innovative step, the person making the decision must disregard:

but only if a patent application for the invention is made within the prescribed period.

(d)    the working in public of the invention within the period of 12 months before the priority date of a claim for the invention:

(i)    for the purposes of reasonable trial; and

(ii)    if, because of the nature of the invention, it is reasonably necessary for the working to be in public.

At first instance, Robertson J agreed with Quaker – finding the disclosures were ‘a necessary precursor for the reasonable trial’ and thus ‘for the purpose of and part of the working in public of the invention’ such that the grace period applied.[6]

Findings of the Full Court

Unlike Robertson J, the Full Court did not accept the broad interpretation of s 24(1)(a) put forward by Quaker that the protection of s 24(1)(a) was not limited to information made publicly available by the actual working of the invention in public for the purposes of reasonable trial.[7]

Importantly, reg 2.2(2)(d) set the ‘prescribed period’ for the reasonable trial grace period (12 months) by reference to the ‘working in public of the invention’.  As the Court noted, an anomalous consequence of Quaker’s proposed interpretation was that the grace period could be indefinitely extended to disclosures made ‘at a potentially unlimited time prior’ to the public working.  Furthermore, on Quaker’s interpretation, it appeared that no trials at all may be necessary for the reasonable trial grace period to be engaged – such as where information is published in relation to a trial which then fails to proceed.[8]

Since the Full Court found that the reasonable trial grace period did not extend beyond ‘the working in public of the invention’, the next issue to be resolved was whether these words had sufficient scope to apply to Mr Thomas’ disclosures.

The Full Court accepted that the ‘working in public’ referred to in reg 2.2(2)(d) may cover written or oral communications that are ‘part of the working’, such as signs or instructions to those involved in performing the invention, which may be disclosures taking place prior to the ‘actual physical working’.  However, there still should be ‘some direct or close connection with the physical working’, and it must be possible to sensibly describe the communications as being ‘part’ of the working.[10]

Though the Full Court declined to comprehensively demarcate those communications that should be considered ‘part’ of the ‘working in public’ of an invention, it found that Mr Thomas’ disclosures would find themselves outside any reasonable boundaries.[11]  Not only were the disclosures too temporally distant from the actual trial at the Metropolitan mine, occurring over six months later, to be considered ‘part’ of such working, but it was not ‘reasonably necessary’ for these disclosures to take place in public.  In the Court’s opinion, there was ‘no good reason why they could not have been kept confidential’.[12]

Since Mr Thomas’ disclosures could not receive the benefit of the reasonable trial grace period, Fuchs’ appeal was allowed and the patents were held to be invalid for lack of novelty.[13]

Post-RTB relevance of this decision

However, this Full Court decision is likely to have relevance to the scope of the amended reasonable trial grace period now found in reg 2.2B.  It is useful to set out reg 2.2B(2) with the newly introduced language emphasised:

Circumstance—working of invention for reasonable trial

(2)  The circumstance is that:

(a)  the information has been made publicly available because the invention was worked in public; and

(c)  because of the nature of the invention, it was reasonably necessary for the working to be in public.

Like the pre-RTB grace period considered by the Full Court in this case, it is likely that the above post-RTB grace period provision will not be afforded an overly broad construction.  This means it should not be assumed that public disclosures made merely in relation to the working of an invention in public will be protected from destroying the invention’s novelty.  The amended grace period only applies to information ‘made publicly available because the invention was worked in public’, which suggests that temporal considerations will retain importance.  Further, even where disclosures are made because an invention was worked in public, it remains essential that ‘it was reasonably necessary for the working to be in public’ because of the nature of the invention.  In particular, disclosures that ‘could easily have been subject to confidentiality constraints’,[15] are unlikely to be protected by the reasonable trials grace period.

Quaker Chemical filed a Special Leave Application to the High Court of Australia in June 2021.

[2] You can read about the first instance decision here: https://ipta.org.au/news/failure-to-avoid-contributory-infringements-a-fuchs-up/. 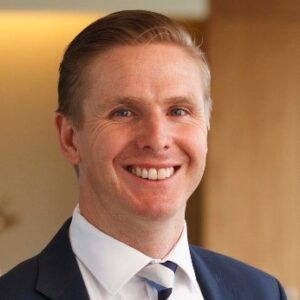 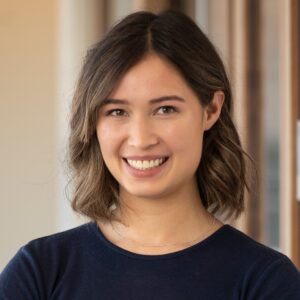