Home > Using a company’s logo to criticise the company

Using a company’s logo to criticise the company 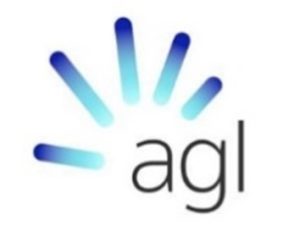 AGL claimed ownership of the copyright in this logo as well as having registered the logo as a trade mark.  Copyright works can include artistic works, such as a logo, and literary works, including business documents.

Greenpeace has a long history of environmental activism.  It launched a campaign against AGL which involved using the AGL logo with the words “Australia’s Greatest Liability”.  Here is an example:

Greenpeace was partly successful, except where it had used the AGL logo on its own.

Greenpeace argued that it had defences under the Copyright Act for fair dealing for the purposes of “parody or satire”, or for “criticism or review”.  There are many different defences to copyright infringement in Australia, each with their specific requirements.  The defence of parody or satire is relatively new, having been introduced in 2006 to promote a degree of free speech and freedom to comment.  Parody essentially involves imitation to ridicule, whereas satire is a form of ironic, sarcastic or ridiculing criticism not necessarily involving imitation.

In order to establish a fair dealing defence, the defendant must satisfy the relevant statutory purpose as well as proving that their use was “fair”.  What will be fair will depend on the nature of the work, the character of the dealing and which fair dealing purpose defence is claimed.  The genuineness of the purpose is important.  Having more than one purpose is acceptable, provided that one purpose is a statutory purpose.  However, a dealing with a copyright work will not be “fair” if the work is used solely to capitalise on or “cash in” on the work’s originality and popularity.

The trial Judge held that Greenpeace succeeded with the defence of parody or satire where it had used the AGL logo in combination with the darkly humorous “Australia’s Greatest Liability”, but not where this tagline was absent, because then there was no use of irony, sarcasm or ridicule.  Even though AGL may suffer damage from Greenpeace’s conduct, this was not due to the use of the AGL logo itself, but rather because of the environmental criticism of AGL.

The Australian Copyright Act is a long and complex act, with many twists and turns to trap the unwary.  Expert advice is important before copying third party material in a commercial context or where a business believes that their material is being copied.  I have practised in this area for over 30 years and can help clients with any of the issues raised in this blog.  I can be contacted here.

This article provides general information only, and is not intended as legal advice specific to your circumstances. Please seek the advice of a legal professional if you have any particular questions.