BLACK SHEEP Trade Mark Dispute – Not all Sheep are the Same

On 30 June 2020, Chris and Dora Di Lorenzo Partnership (Di Lorenzo) unsuccessfully appealed against a decision by the Registrar of Trade Marks regarding registration of the trade mark BLACK SHEEP by Denversian Pty Ltd (Denversian).

Di Lorenzo is the registered owner of Australian Registration 1681212 for the BLACK SHEEP & Device trade mark represented below. This registration covers goods in classes 30 (coffee and coffee products) and 43 (coffee bar and coffee house services, coffee shop services) and has a priority date of 16 March 2015. 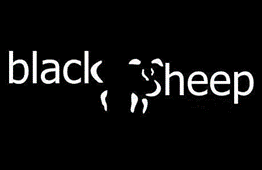 Application 1720917 was initially accepted for registration pursuant to the provisions of s44(4), which refer to registration on the basis of prior and continuous use, and the trade mark included the endorsement “Registration of this trade mark is limited to the State of Queensland”.

Di Lorenzo subsequently opposed Denversian’s application, the parties lodged evidence and written submissions, and the Delegate made his decision.

The Delegate found that there was sufficient honest concurrent use provided by Denversian, and that Di Lorenzo had failed to establish any ground of opposition. Costs were awarded to Denversian.

The appeal filed by Di Lorenzo (which relied on Sections 58 and 58A, i.e. ownership of the trade mark) was filed out of time, however, following procedural orders to allow for an extension of time, the appeal proceeded.

An overview of Di Lorenzo’s evidence before the priority date of 16 March 2015 is as follows:

In conclusion, the material relied on by Di Lorenzo had substantial evidentiary gaps and deficiencies. Her Honour was not satisfied that Di Lorenzo established that they had a commitment to offering to supply any of the services or goods claimed by the BLACK SHEEP & Device registration, the BLACK SHEEP mobile café logo, the phrase “black sheep” or “black sheep mobile café”, prior to 16 March 2015.

An overview of Denversian’s evidence (by way of a witness statement and evidence from the owner and sole director, Ms Bressolles) is as follows:

Ms Bressolles noted that she came up with the name honestly as she is the “black sheep” in her family, and there is a growing New Zealand population on the Gold Coast. She also indicated that she was not aware of the Di Lorenzo BLACK SHEEP & Device trade mark until mid 2015 after a search of the Australian Trade Marks Register.

Her Honour was satisfied that the evidence established honest, continuous and consistent use of the trade mark in the course of trade from 2013.

Sections 58 (not the owner)

Di Lorenzo failed that the first hurdle as they did not establish first use of the phrase “black sheep” or the BLACK SHEEP & Device trade mark in the course of trade.

They also needed to establish first use of a mark substantially identical to the opposed mark. In this regard, Her Honour noted that the device element within the BLACK SHEEP & Device trade mark substantially informs and affects the trade mark’s identity. It is an essential element and a dominant cognitive cue. It is also not an immediately recognisable image (i.e. not identifiable as a black sheep). The commonality of the word elements “BLACK SHEEP” is insufficient to convey and overall substantial identity. Accordingly, Her Honour found that the respective trade marks are not substantially identical.

Therefore, the s58 ground of opposition was unsuccessful

Di Lorenzo would also have had to establish that they had made first use in relation to services that are “the same kind of thing”. Her Honour commented that, in her view, “café services” and “coffee shop services” are the same of kind of thing; however, she considered restaurants, restaurant services, and bistro services not to be true equivalents.

Section 58A (first and continuous use)

Her Honour also made the point that the prior use ground of opposition under s58A will only be established when there has been competing prior use in the same geographical area covered by the accepted application. In the present case, Denversian’s acceptance was limited to the State of Queensland, while Di Lorenzo’s claimed use was in Sydney, New South Wales. For this reason also, it could not succeed under this ground.

Di Lorenzo failed to establish either of the grounds of opposition, namely, s58 and s58A, and therefore, the appeal was dismissed.

Denversian’s Trade Mark 1720917 for BLACK SHEEP has since proceeded to registration.

This decision provides guidance on what types of evidence may, or may not, be sufficient to prove use of a trade mark in the course of trade. Use in the course of trade does not require an actual sale, however, there must be commercial dealing/offering to trade in the goods or services under or by reference to the sign.

The decision is also informative in demonstrating that a stylised trade mark incorporating a word and a design element may not be substantially identical to the word alone.